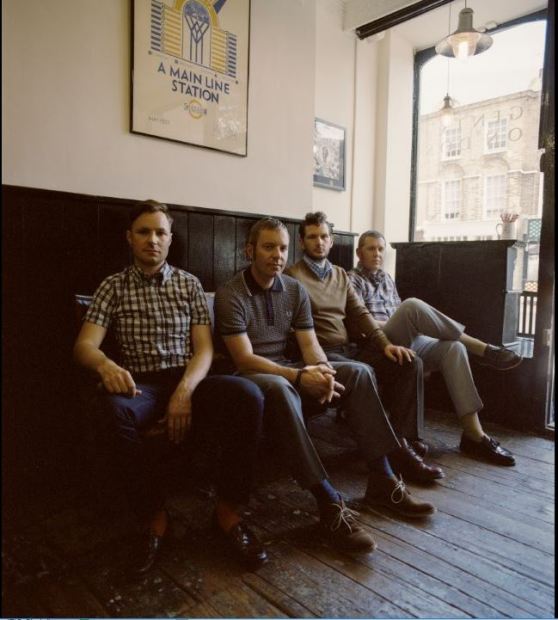 With the much anticipated release of brand new album ‘When Can You Start?’, the guys from Heavyball managed to have a little talk through the release and explain, why they chose the subject of a normal working week as the theme for their new venture.

So, What can you tell us about the new album? Where did you get the ideas?

“When Can You Start? recounts a week in the life of an ordinary oﬃce worker. The diary of a nobody who represents everybody. He doesn’t know it, but this week is diﬀerent. Because this week is his last on earth”.

“Storytelling, humor and everyday observations wrapped up in sharp melodies.  When Can You Start? is a story of the very ordinary told diﬀerently”. 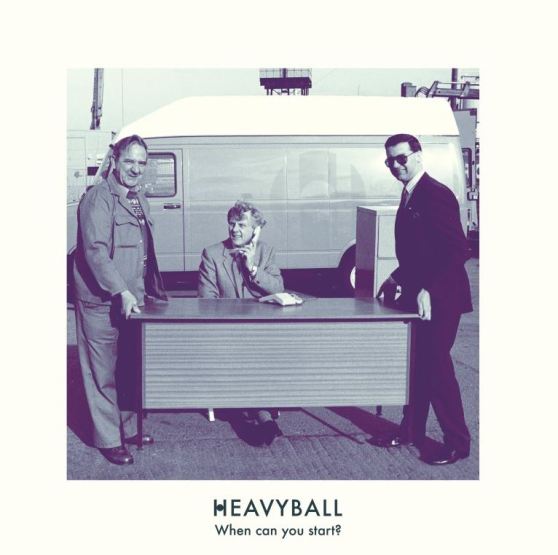 Can you give us a taste of one of your songs, What does it tell us, What stories do you explore?

“The ﬁrst track to be released from the album is ‘Top of Your Game’. You used to be someone, you used to be a contender.  Now you work in an oﬃce doing nothing of consequence for people you hate.  The memories are still there though, and there’s still a small chance you could still make it big!”

How would you guys describe Heavyball for people that have never encountered you before?

So there you have it, a little pre release teaser, be sure sure to stay up to date with all things Heavyball: Aysha Loren has just released her latest EP ‘Back to you’ along with a reggae soul single called, Keep it like it is. It was this new that got us interested in finding out more about the young caribean singer. So we spoke to her and here is what she told us!

1 – When did you first get into music? What or who Inspired you?

I Started Singing at the age of 14, in talent shows and school productions. I would say Whitney Houston inspired me listened to her music a lot growing up and also listened to a lot of reggae music.

2 – Who did you grow up listening to, and does that impact on what you create now?

I listened to Whitney, Destiny Child, Lots of Lovers Rock Music by Various artists. I would say yes my music is versatile and I try to mix the different genres that I grew up listening to and do it my own style.

3 – How long have you been playing/writing?

I’ve been Writing for only 2 years as I feel I now have the life experiences to write about so it comes easier to me.

4 – How often do you play live (include details and links for any upcoming gigs)?

I Perform most weekends and even when I don’t have a gig I keep busy by popping  into my favourite open mic night.

You can catch Aysha at the following Events:

5 – What has been your favourite moment in music?

I would say my EP launch that was on the 5th July. I performed with a live band for a 40 min set and was able to share my EP with the public. I am very proud of my EP and can’t wait for everyone to hear it. 1- Tell us bit about the album?

The album ‘Diverted Traffic’ is the result of my embracing the fact that I cannot be myself and at the same time insist on being accepted by the music industry. I think that there are wider truths about all of us that cannot be encapsulated by tight definitions and easy categories, and the music industry often demands that we be constrained by narrow artistic expressions.

2 – Who have you worked with on the album?

‘I Will be Back’, a track on that album, is born of interactions I have had with others where I have worked really hard to help them to understand the complexities of injustice – particularly those who have been born into privilege without being aware of it. Sometimes such audiences gain clarity about the state of our world community, but at the same time they feel threatened by this, and so opt for an understanding that constrains a vast number of people, including those like me. Meanwhile, in the wider world, wars are raging and injustice is rampant, and I feel the need to go away and regroup. These things are urgent, because we are running out of time….

4 – Any name acts you have toured with / supported?

5 – Biggest gigs and highlights of your career to date?

Playing to Prime Minister Gordon Brown, Archbishop Rowan Williams and hundreds of Bishops from around the world at the Lambeth Conference 2008 at Lambeth Palace

Performing a Nelson Mandela speech at the launch in Westminster Abbey of the Make Poverty History Campaign. Other contributors on that occasion included Bonnie Greer, Jools Holland and Pete Postlethwaite

Presentation about children and war at a Commonwealth leaders summit in London in the presence of HM the Queen and Prince Philip.